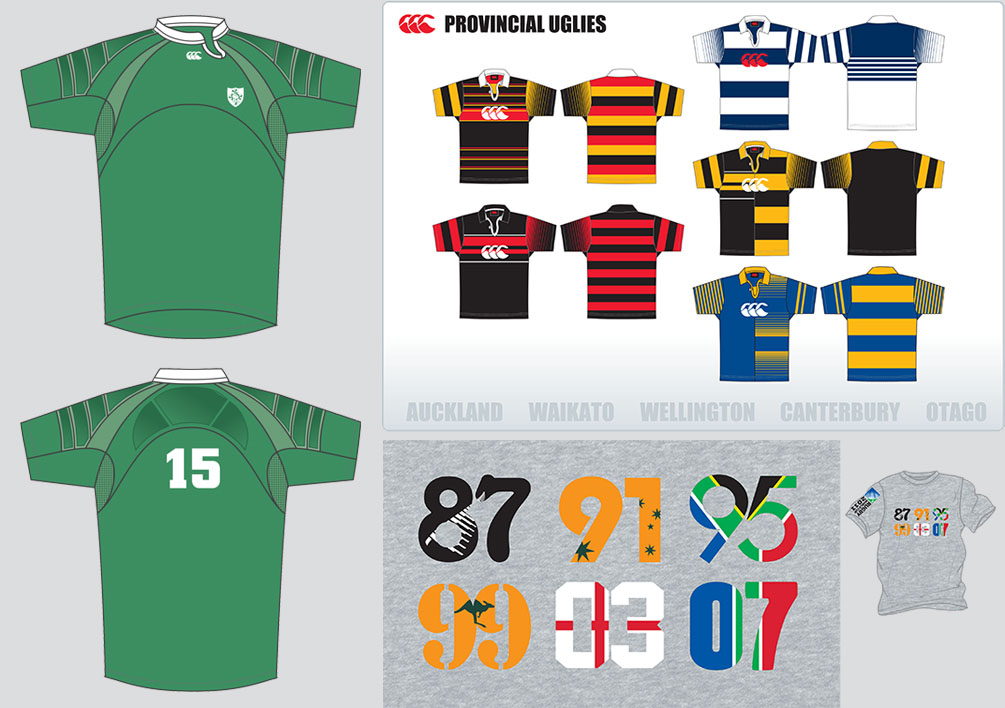 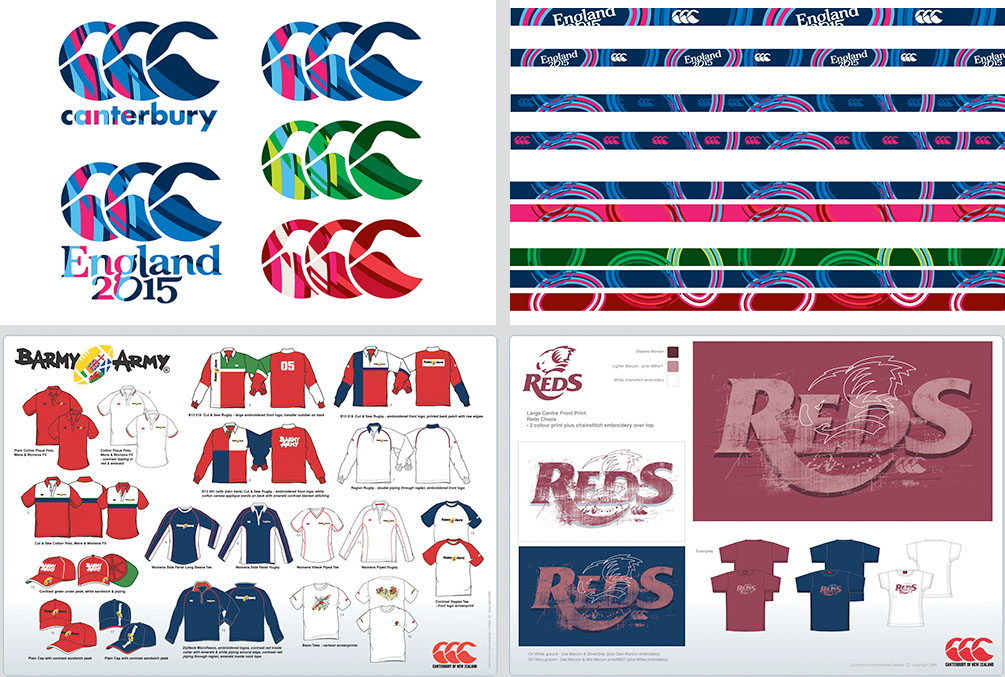 I spent several years living and breathing rugby at Canterbury International and left to work for myself just as Line 7 scored the official merchandise tender for the 2003 Rugby World Cup. Line 7 approached me to design their TShirt range.

Highlights were designing supporters tees for the All Blacks and Wallabies, and working on the sublimated graphics for the Ireland Rugby Union team uniform.

Despite my long-running relationship with rugby - I still don’t understand the off-side rule.